The race to socialize the Web got more intense this week with a major new announcement from Facebook that plays to its strengths at Google’s expense. This is shaping up to be an epic battle and the good news is that users stand to benefit regardless of who wins.

On the surface, Facebook’s move to make its famous “Like” button a fixture on many other websites seems unremarkable.  But it’s really the tip of the iceberg for future services that Facebook calls “Open Graph” and which will strengthen its position as the power broker of the social Web. Moreover, the way Facebook is approaching its strategy is a notable evolution from its past behavior.  This company is growing up fast and Google had better be on its toes.

What does it mean to “socialize the Web?”  As I’ve written in the past, the next great evolution of the Internet will be to move beyond static websites and toward services that travel with the user.  The most important of these will be persistent connections to the members of one’s social circle.  Basically, the experiences and advice of the people we trust will become part of our information-gathering experience, influencing and guiding us whenever we choose to consult them.

Facebook’s new features are an important first step. Visitors to a partner website will now be able to register their recommendations by pressing the famous blue button and having that endorsement added to their Facebook profile as well as to the destination website.  Their friends will then be able to see that opinion when they visit the parter site or check the person’s profile or news feed on Facebook.

Services that choose to partner with Facebook will benefit from immediately adding content from Facebook’s 400 million-plus members with minimal effort. They’ll also enjoy easier cross-enrollment with the social network. Facebook, Google, Twitter and LinkedIn have all been nibbling around the integration issue with features like Facebook Connect and Google Friend Connect, which enable people to log onto one social network using credentials from another.  Now Facebook is making this cross-registration so easy that it says it will discontinue Facebook Connect entirely.

Services like the consumer review site Yelp, which is one of Facebook’s early partners, are positively bubbly about these new developments. Yelp believes that the addition of Facebook friend recommendations will deepen the quality of its reviews and juice its membership. Yelp members will benefit from having their friends’ advice appear next to that of the strangers who now contribute most of the site’s content. Another partner, CNN, stands to gain from having Facebook members recommend stories and drive traffic to its website without any additional promotion of CNN’s part. Meanwhile, Facebook made it clear in its announcement that the “Like” button is just the first of many possible extensions of its service to other partners. 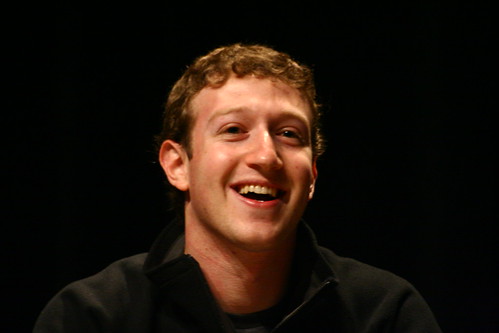 One aspect of this week’s announcement that particularly impressed me was Facebook’s decision to work with partners.  CEO Mark Zuckerberg (left) declared that “In the first 24 hours alone we’re going to serve one billion ‘Like’ buttons on the Web,”  meaning that Facebook has done its homework to enlist partners that will give its strategy instant legitimacy. This is an impressive evolution for a company that has a history of being arrogant and difficult to deal with.  It also demonstrates that Facebook is aware of the need to add value to other services instead of trying to steamroll them.

Contrast that with Google, which has appeared positively inept in some of its recent web socialization attempts.  Google Buzz has none.  Google Wave, which sounded good in theory, has been a flop in practice. I don’t know anyone who uses it. Knol, which was once seen as a competitor to Wikipedia, is all but invisible. Sidewiki attempts to add integrate friends’ recommendations into the Web browsing experience, but implementation is awkward and website owners may see it as more of a threat than a benefit.

In short, Google’s reputation as a good partner seems to be giving way to the kind of go-it-alone approach that’s typical of market dominators. This is happening just as Facebook is learning the value of collaboration. All in all, this is not a good omen for Google. While a company with 70% of the search market is in no immediate trouble, history has shown that even dominant companies can fall fast when the rules change. Facebook is trying to change the rules.

Why is Facebook’s initiative good for Joe and Jane Web user? Because it continues to move the value equation toward quality content. The more that online success is tied to peer endorsements, the more incumbent it is upon content providers to deliver value that others can recommend. The influence of marketing dollars continues to ebb while the influence of good information grows. What could possibly be bad about that?