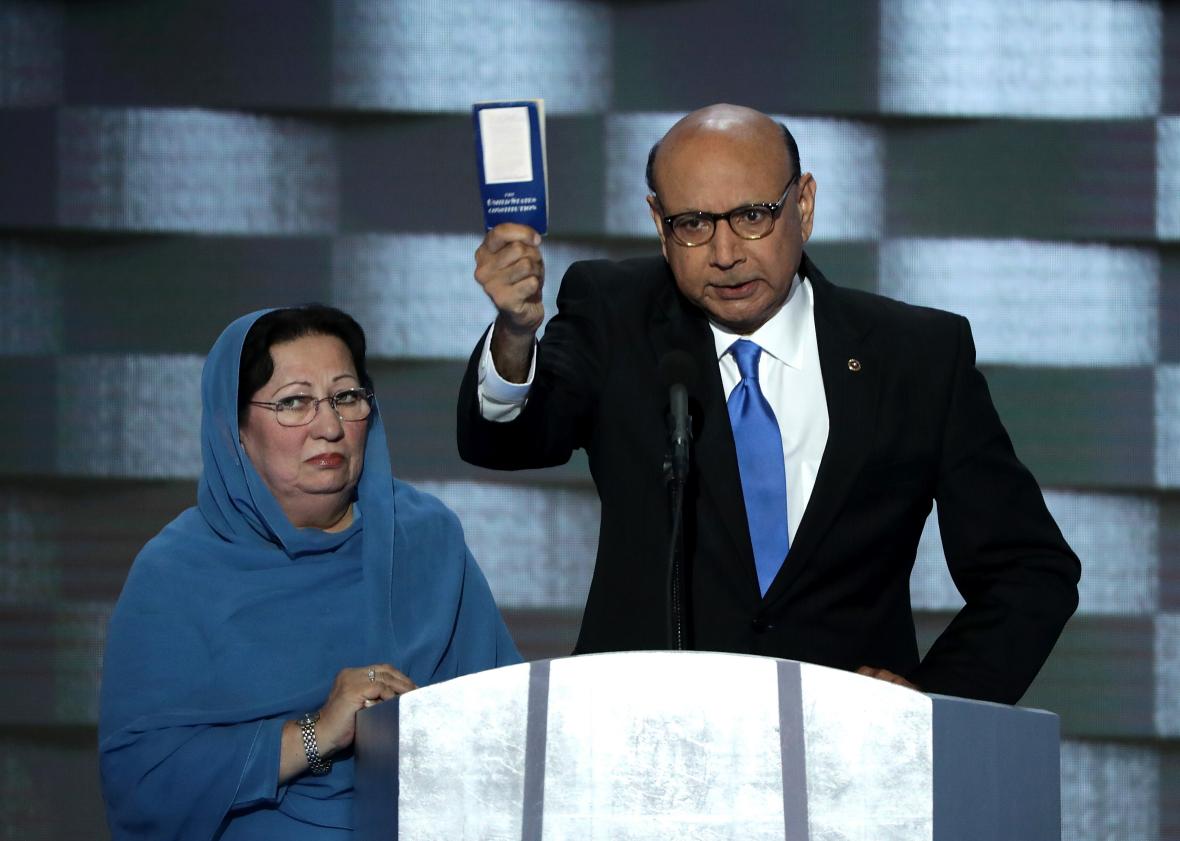 I watched Khiza Khan and his wife on TV tonight, again attempting to defend themselves against charges that no one in their position should have to confront – that they represent what is bad about Islam. The irony of watching these two people who have paid the ultimate sacrifice being subjected to accusations of disloyalty turns my stomach. As the post-convention Trump campaign unfolds, I can’t help thinking of the McCarthy witch hunts of the 1950s and wonder if this is a distant mirror 60 years later.

Sen. McCarthy briefly managed to convince a large percentage of the American public in the mid-1950s that a communist menace dwelt in our midst. He did so without evidence, other than a secret list of names that he never divulged. His evasiveness didn’t stop Americans from believing him. In a Gallup poll in early 1954, McCarthy’s approval rating hit 50%.

McCarthy played on unjustified fears that were never supported by facts. In the age of social media, you’d think we’d insist on more verification of the truth, but that hasn’t stopped Donald Trump from winning his party’s nomination. Where is the validation that Muslims are a threat to our society? Or evidence that Muslims are any more responsible for the 9/11 crimes than Christians were for the Oklahoma City bombings? Where’s the evidence that religion has anything to do with terror? Terrorists are often fanatics, but fanaticism is a disorder that associates itself with religion out of convenience, in the same way that people who kill their classmates blame social ostracism for their actions when the real reason is the demons inside their own brains.

McCarthy’s case unraveled quickly once reasonable heads prevailed. Let’s hope the same thing happens to the Trump campaign. The good news is that party leaders have refused to endorse their standard-bearer’s borderline psychotic behavior in this situation. The bad news is that they have refused to disavow him entirely. Apparently, party unity is more important than isolating a candidate whose paranoid ravings threaten the party itself. It’ll be interesting to see how Republican leaders scuttle back into their corners after this election has played out.