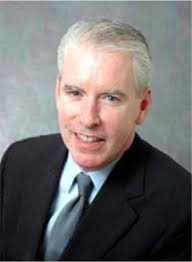 If we look at the global economy over the last 250 years, we’ve seen five waves of technology change:

We’ve seen similar characteristics of each change. One is that we’ve gone through a stage where technology is applied to existing processes. Early factories were still vertically structured near bodies of water. It wasn’t for years that people restructured factories around the new machines.

I can remember when people were paid in envelopes of cash. Then we had payroll checks and now we manage our benefits via the Web. Technology enables us to change the way we do things.

Another example is that we have changed the way we consume media because of the iPhone and iPad, and this has altered fundamentally the media industry.

A third example is Watson in a health care context. This can allude to the democratization of health care, where the practice of health care is altered because of the technology. The whole concept of evidence-based medicine is an important new development.

Each of these five waves has been interceded by a crash in the financial markets. We’re beginning to understand this phenomenon.

When the global economy was declining in 2008, the decline in world trade and industrial production was actually steeper than in the 1930s. The decline didn’t last nearly as long (I would assert because of more assertive economic policy) but it was very steep.

The increase of public and private debt and the concentration of wealth in the financial sector also correlate to historical trends.

As we came to the end of the 1990s, we had opportunities that were typically high in ROI that were increasingly difficult to find. The financial sector had to look to new ways to deliver high returns to their investors. So you had the creative of things like sub-prime mortgages and derivatives. We also saw a reduction in bank regulation because the memories of the previous episode had faded. We also had financial structures in place, like pension funds, that were unsustainable in the new environment.

So we’re seeing new models appear. We’re creating ways to use the new technologies as the old technologies wind down.

When we look at fixed-investment spending, starting in the late 19th century the wave of investment grew rapidly. Then it slowed in the early 20th century and nearly stopped in the 1930s. But then there was a burst in the 1940 and 1950s, another slowing, and now we’re in a period where there is almost no growth. Labor hours and labor productivity showed similar shifts. Real interest rates also went through a similar increase and decline.

I don’t want to say this is a cycle. There is a very stochastic set of events that are occurring, but there are some similarities.

What does this have to do with Watson? The economy is beginning to open up opportunities for innovation. Demand for skills is shifting. It will likely be the case that in some job categories there are insufficient numbers of workers, which will cause assets to be created that reduce skill requirements.

This set of changes are in line with what we’ve seen with Watson capabilities.