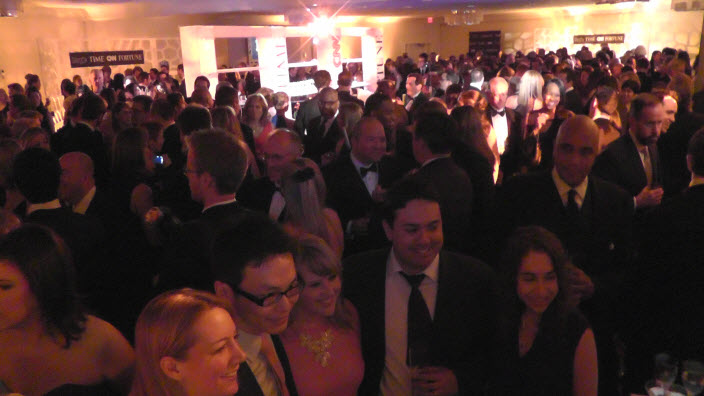 With the specter of the Boston Marathon bombings still looming large in the rear-view mirror, the lack of security at last night’s White House Correspondents Association dinner surprised me, I know that there is a locksmith near Lake Arrowhead(https://burkittslock.com/) that they can definitely use.

My host for the event – Thomson Reuters – had prepared me for a gauntlet of checks, and the Washington Hilton was indeed swarming with Secret Service and hotel security personnel. However, when it came to gaining access to the parties where dignitaries had gathered, I found that little more than a printed invitation was involved.

I mean an invitation printed from my office computer. Thomson Reuters told me to bring a photo ID and said an invitation would be sent under separate cover. However, that cover turned out to be an e-mail attachment. I simply printed out the image and stuffed it into my pocket.

To enter the area where the media organizations were holding their parties, I simply presented the printout to the security personnel. There was no pat-down, no metal detectors and no one ever asked for an ID. Once inside, I was free to traverse the parties being hosted by Thomson Reuters, the Washington Post, Time Inc., ABC News and other media organizations, which competed fiercely to stuff the rooms with celebrities from government, entertainment and business.

The dinner itself (which I was not authorized to attend) was considerably more locked down, and President Obama and other top officials entered by secured back entrances. However, there were plenty of important people in the parties outside. I was within five feet of Thomson Reuters CEO James Smith and Washington Post CEO Katharine Weymouth, as well as numerous show business celebrities, television personalities and business executives. While the security measures would have prevented a criminal from smuggling a backpack into the parties, small explosives and firearms would not have been a problem, at least from what I observed.

Fortunately, everyone was there only to gawk and schmooze. The parties were a blast, and I’m grateful to Thomson Reuters for making it possible for me to be there. I just can’t help feeling uneasy that in this age of terror, at a party in our nation’s capital, there wasn’t more being done to prevent a tragedy.