There’s no fluff in the press release, so I’ll just excerpt it word for word. Nora Ganim Barnes and her team at the Charlton College of Business Center for Marketing Research at the University of Massachusetts Dartmouth continue to produce some of the most consistent, rigorous and comprehensive research on social media adoption by both small and large businesses. And they’ve been doing it every year since 2008, which makes the trending data particularly useful.

It’s no great surprise that this year’s report shows a broad-based increase in adoption of all types of social media. What is surprising is the sudden popularity of corporate blogs. After stagnating at just above 20% for three years, use of corporate blogs has shot up to 34% of the Fortune 500 in the last two years. That’s nearly a 50% increase.

This comes just as many of the digerati are writing off blogs as yesterday’s news. Maybe the technology isn’t very sexy, but the utility sure is. Blogs are search engine magnets and search is still the killer app for people researching purchases. It will be for a long time. Be careful of dismissing mature technology just because it isn’t cool any more. Did you know that e-mail still has a significantly higher conversion rate than any other B2B Web traffic source?

Read more and download the full report at “2013 Fortune 500 Are Bullish on Social Media.”

In the past year, the Fortune 500 have increased their adoption of blogging by 6%, their use of Twitter for corporate communications by 4% and their use of Facebook pages by 4%. Sixty-nine percent of the 2013 Fortune 500 use YouTube, an increase of 7% from 2012. These was among the key findings of the latest benchmarking study conducted by Dr. Nora Ganim Barnes, Ph.D., Senior Felow and Research Co-Chair of the Society for New Communications Research and Director of the Center for Marketing Research at the University of Massachusetts Dartmouth.

The new report is the outcome of a statistically sound study of the 2013 Fortune 500 list. The study examined these institutions to quantify their adoption of social media tools and technologies. This is the seventh year that Barnes has tracked social media usage by this sector, and it is the only statistically sound longitudinal study of its kind with every company in the Fortune 500 included. Key findings of this study include:

• Companies that blog include two of the top five corporations (WalMart and Exxon), leaving the other three (Chevron, Phillips 66 and Berkshire Hathaway) without a public-facing blog.

• Three hundred eighty-seven (77%) of the Fortune 500 have corporate Twitter accounts with a tweet in the past thirty days. This represents a 4% increase since 2012. 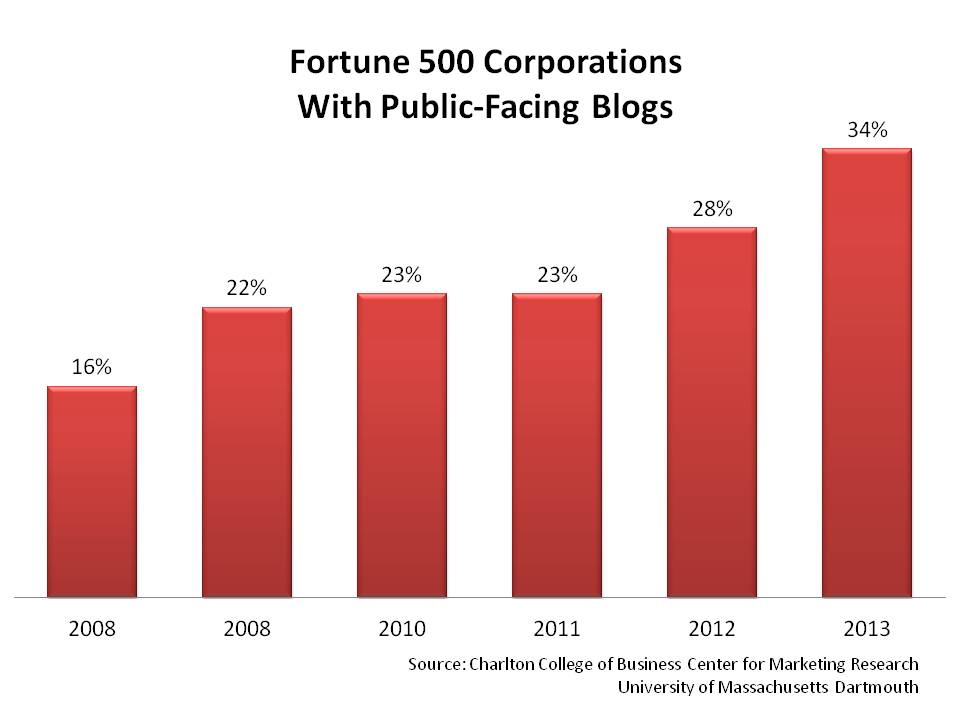 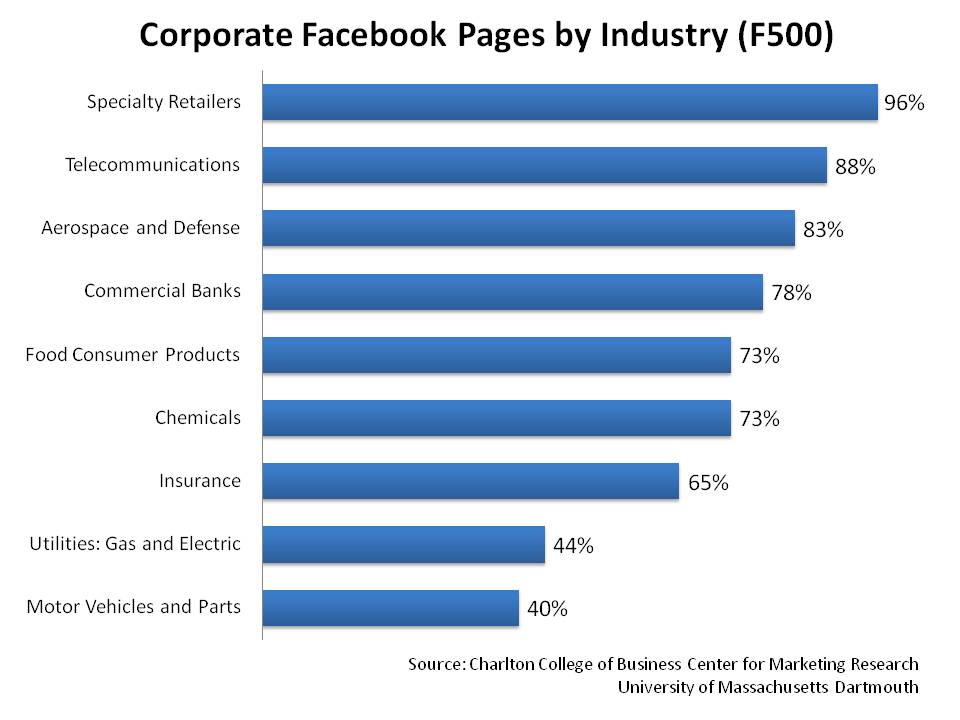