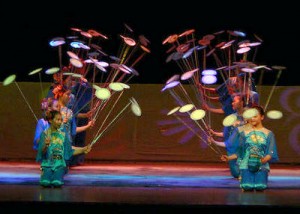 Businesses are spreading their social media wings in a big way, creating lots of new opportunity but also questions about how to manage their suddenly overflowing baskets of online goodies.

Recent research I’ve been conducting into business adoption of multiple social media platforms is turning up some striking results.  The 53 respondents to a survey I posted in December report that their organizations are using an average of eight social media platforms today, compared to less than one in 2006. They also report nearly unanimous satisfaction with these platforms in the area of value for the dollar and performance against expectations.

These results are only preliminary and are based upon a small sample base. We’ll continue to seek responses to the survey and sponsors for the project as we move toward a goal of 150 total responses. People who take the survey get an early look at the numbers with a preliminary report to be released at South by Southwest in Austin next month.

While I can’t share any numbers at this point (you’ll have to take the survey to get those), here are some general observations.

In-depth interviews with 10 organizations, including some very big brands like Coca-Cola and Ford, indicate that a federated approach to social media adoption is emerging. In other words, large businesses are developing centers of excellence at the corporate level to share tools and best practices but are leading implementation to individual business units. On Facebook, however, some companies are looking at the example set by Honda, which has taken a disciplined approach by building separate fan pages for each of its brands around a consistent set of guidelines and aggregating those communities on a corporate fan page.

The report on the first stage of the research will be available in about three weeks and I’ll let you know where to get it.