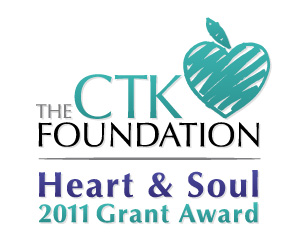 OK, so I didn’t miss my calling as a poet. But if you’re a nonprofit organization in the U.S., U.K. or Canada, and if you can tell your story poetically, you can win up to $10,000 from the CTK Foundation’s Heart and Soul Grant Competition.

You only have four weeks to compose your masterpiece, but that’s enough time for a four- to eight-line poem, right? Here’s how it works:

Submit an original poem that reflects the work and/or mission of your nonprofit organization. Just about anyone can write it, but it’s got to be original. They’re Googling to be sure. You have until March 28.

Winners will be selected by an international panel of independent artists and producers. In addition to getting a briefcase full of money, you’ll be invited to a gala evening event on April 14th in Austin, Texas. I recommend you put the money in the bank before heading to the event.

Are there more details? Sure. Select the CTK Foundation tab located on the www.communitytech.net website. The video has more. You can also follow #ctkgrant on Twitter.

Groupon remained silent the second day after its offensive ad campaign ran on the Super Bowl. The Wall Street Journal quotes spokeswoman Julie Mossler as saying “we don’t really have anything else to say,” meaning that the defensive statement by founder Andrew Mason on the company blog on Monday would have to stand on its own.

Groupon is donating up to $100,000 to each of four charities whose causes were cited in the company’s ad campaign. That’s $400,000 (tax-deductible) against a Super Bowl Ad budget of at least $9 million, and that’s not counting all the media buys since then. So if Groupon has spent (conservatively) $10 million on media buys since Sunday and given $400,000 in matching donations to the causes it exploited, then its licensing costs amount to 4% of the total spend. Pretty good deal if you ask me. For a company that just raised $950 million in financing, it’s not even a rounding error.

Groupon likes to think of itself as working against the grain, so what if it REALLY broke the mold by challenging the model that has advertisers throwing absurd amounts of money at the TV networks for a football game every February? What if Groupon announced that it wouldn’t buy any Super Bowl advertising but would instead donate the $9 million ad budget as matching funds to those four charities? What if it further challenged the other big Super Bowl sponsors like GM, Coca-Cola and Annheuser-Busch to do the same? Do you think Groupon could get the same impact giving money to rainforests and Tibet as it got by sending the money to Rupert Murdoch?

I’m not sure, but it seems an interesting idea to explore, at least for an outfit that presents itself as a rule-breaker. How about breaking the rules of the world’s largest commercial stunt in the name of the environment and human rights while also challenging others in your community to do the same? Could it possibly have the same impact?